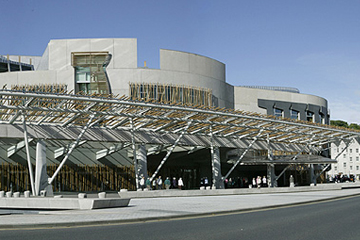 In February 2019, the Scottish Parliament Justice Committee began taking evidence on the nature, extent and prosecution of the abuse of older people.

Hourglass Scotland (at the time known as: AEA Scotland) has been pushing for the prosecution of the abuse of older people to be treated more seriously for some time, and we therefore welcome this development. Although the Scottish Government have recently consulted on proposals for extending 'hate crime' to include age-related hostility, we have always maintained that this type of crime only accounts for a fraction of the abuse experienced by older people. We believe the real reason why older people are targeted is due to their perceived vulnerability, not hatred towards them because of their age.

Similarly, while we welcome the new Domestic Abuse law (which comes into force in April this year), we were disappointed that the definition of a perpetrator of 'domestic abuse' remained a narrow one: only partners or ex-partners. We questioned why this didn't include children or other family members. After all, being abused by your grown-up son can be just as harmful as being abused by your husband, for example.

We therefore welcome developments to give this area serious consideration, and are hopeful that the time is right to finally put in place a real deterrent to the scourge of elder abuse.

What are the Justice Committee considering?

The Committee gathered both written and oral evidence from a range of organisations, and considered the following areas:

The Committee took evidence from:

You can read the evidence here.

What are Hourglass Scotland calling for?

You might be thinking that we already have criminal offences for crimes such as theft or assault, but they fail to adequately recognise the seriousness and unique dynamics of the harm and abuse of older people. They also fail to recognise the impact on the older person. We need a criminal justice system which recognises that victims are often specifically targeted as they are seen as more vulnerable or easy targets, and this needs to be reflected in prosecutions.

We are calling for:

A new statutory aggravation* in recognition of the fact that existing criminal charges are not enough. This would allow judges (during sentencing decisions) to take account of circumstances where older people are deliberately targeted because they are seen to be vulnerable.

A new specific criminal offence of 'elder abuse' for the most serious cases. The Scottish Government has recently introduced a new specific offence of 'domestic abuse' and we see no reason why the same protection should not be offered to older people.

You can read our written evidence here.